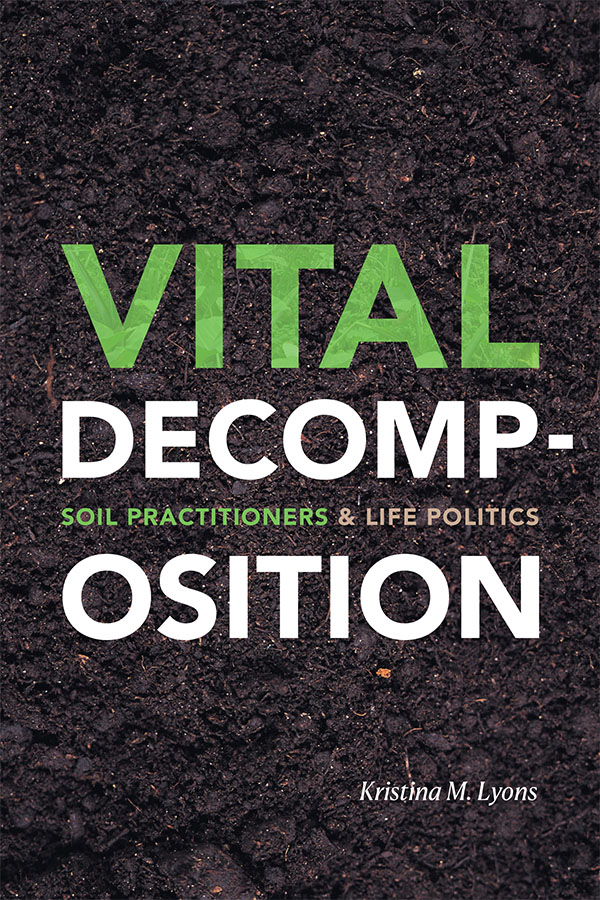 In Colombia, decades of social and armed conflict and the US-led war on drugs have created a seemingly untenable situation for scientists and rural communities as they attempt to care for forests and grow non-illicit crops. In Vital Decomposition Kristina M. Lyons presents an ethnography of human-soil relations. She follows state soil scientists and peasants across labs, greenhouses, forests, and farms and attends to the struggles and collaborations between farmers, agrarian movements, state officials, and scientists over the meanings of peace, productivity, rural development, and sustainability in Colombia. In particular, Lyons examines the practices and philosophies of rural farmers who value the decomposing layers of leaves, which make the soils that sustain life in the Amazon, and shows how the study and stewardship of the soil point to alternative frameworks for living and dying. In outlining the life-making processes that compose and decompose into soil, Lyons theorizes how life can thrive in the face of the violence, criminalization, and poisoning produced by militarized, growth-oriented development.