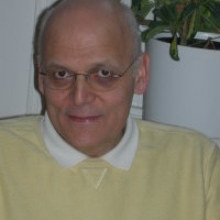 Juan Manuel  Lombera is Adjunct Professor in the fields of Latin American Politics, History, and Society. He has taught several courses in International, Comparative, and Latin American Politics and History at the universities of Pennsylvania, Rutgers, Delaware, Temple, and West Chester. He received the Ph.D. in Political Science at Temple University on January of 2009. lombera's field of specialization is Comparative Politics with an emphasis on Latin America. Lombera also served as Consul of Mexico in Philadelphia (2002-2007)