The Art of Organizing/The Artist as Organizer 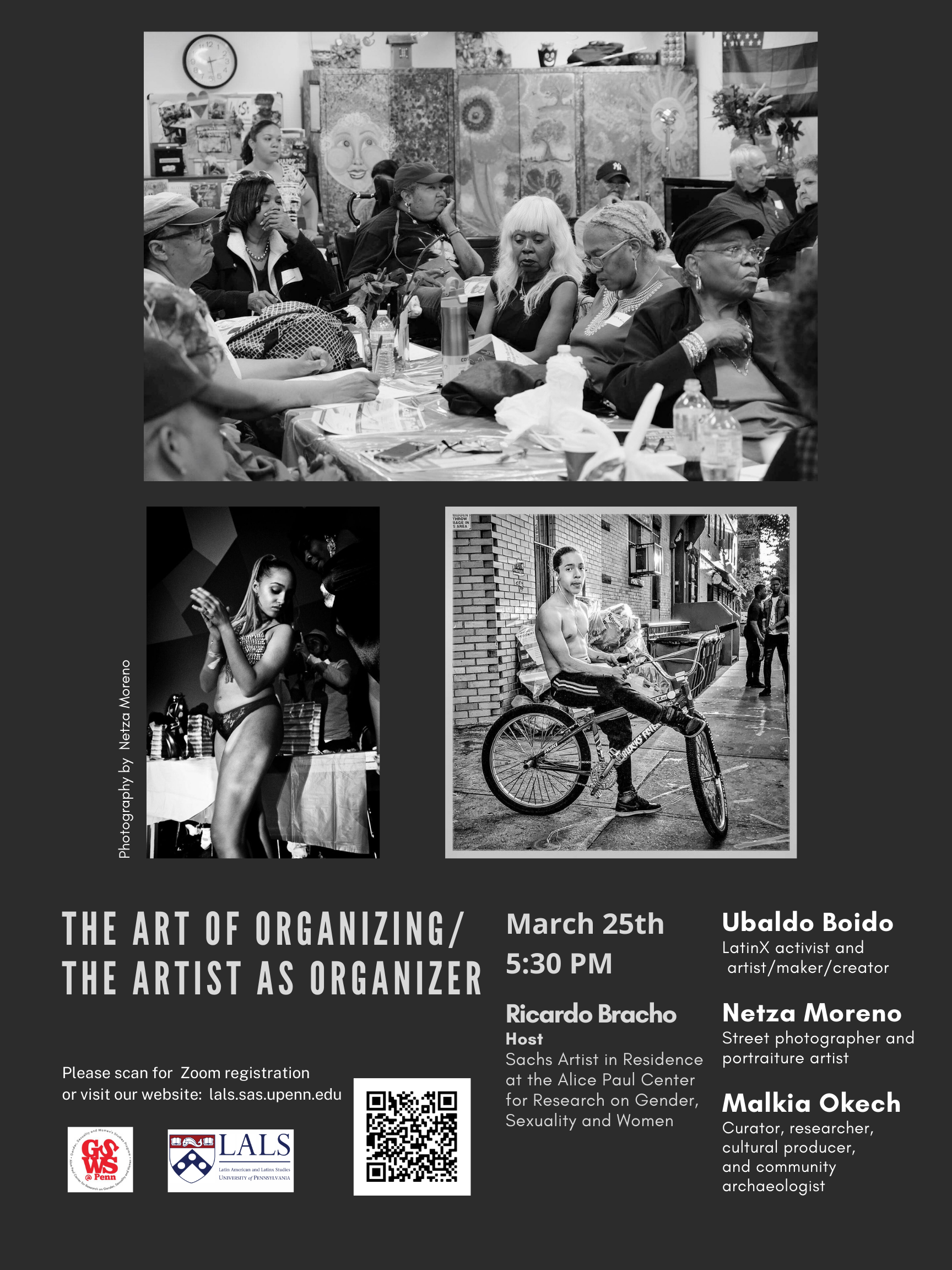 The Art of Organizing/The Artist as Organizer in conversation with , Netza Moreno, Malkia Okech and Ubaldo Boido.

Hosted by Ricardo Bracho, Sachs Artist in Residence at the Alice Paul Center for Research on Gender, Sexuality and Women.

This art and politics presentation and discussion brings together Ubaldo Boido, Netza Moreno and Malkia Okech to discuss their work on queer and trans immigrant and refugee rights, prison abolition and art/movement archives, Black and Brown communities as photographic subjects and community organizers. Convened by Sachs Artist-in-Residence Ricardo A. Bracho, this panel brings together art and resistance currently being made in New York, Philadelphia and Southern California.

Ubaldo Boido is a queer, LatinX activist and an artist/maker/creator that centers their work on: supporting LGBTQIA+ people immigrating to the United States, creating spaces for Queer POC communities, performance as art and as activism, and fashion as distraction and a creative outlet.

Netza Moreno is a Bronx-based street photographer and portraiture artist who has concentrated his practice on New York’s queer and trans populations, Black and Brown youth, immigrant organizers and trans and queer elders of color. Born in Mexico, raised in Northern California, he has also traveled and photographed extensively in Cuba, Honduras, Guatemala, France and Spain.

Malkia Okech is a Philadelphia-based curator, researcher, cultural producer, and community archaeologist. She is the founder and curator of Memory Studio, an interdisciplinary maker-space reckoning with decolonial knowledge accumulation, production, and speculation. She does local movement work with autonomous abolitionist collectives, her praxis formed by the past, present, and future continuum of freedom dreaming.

All photographs by Netza Moreno.