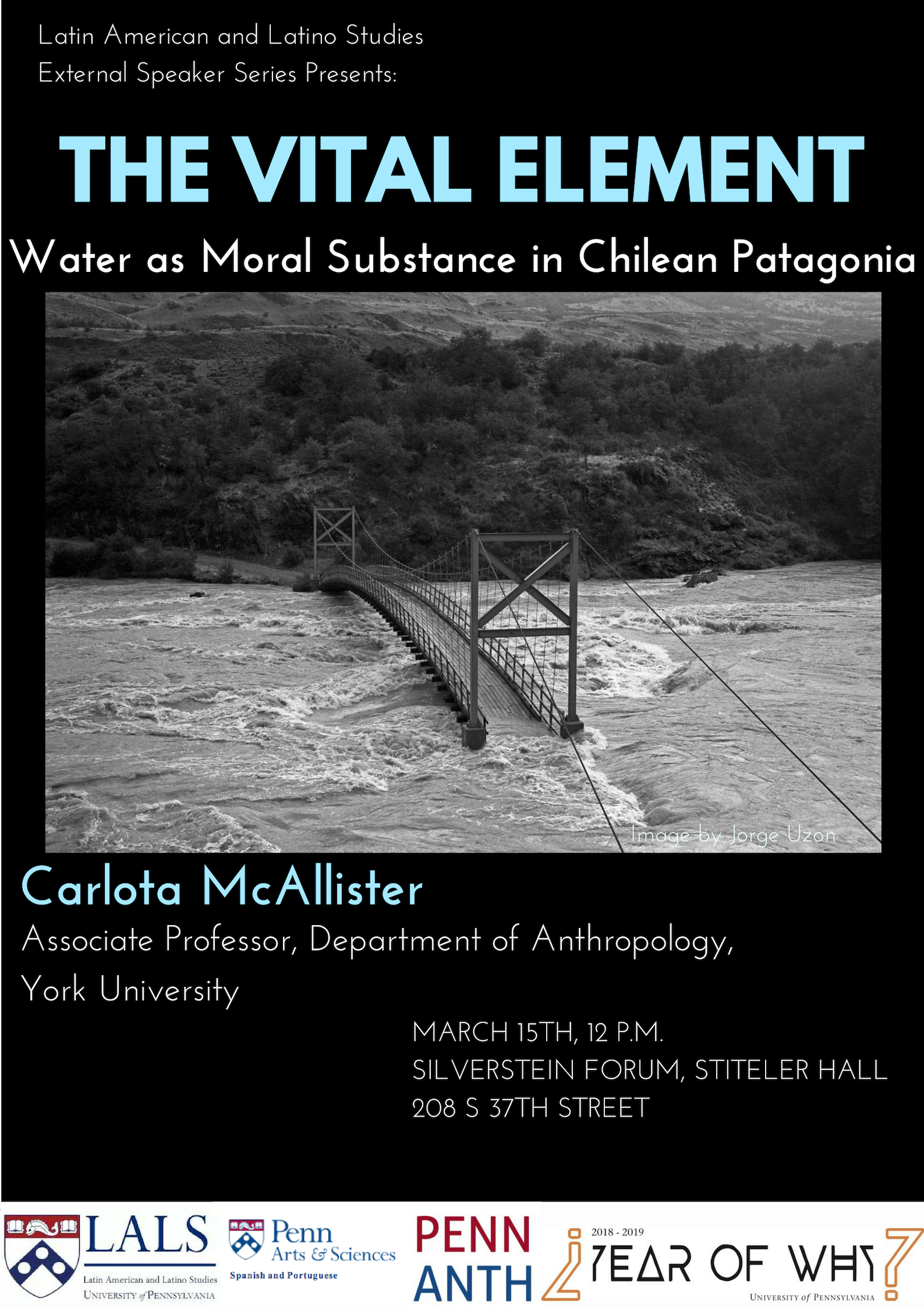 “Water is life” has become a key slogan for anti-extractivist movements, particularly in the Americas. This talk examines the political force of the claim that water is life as it played out in the 2006-2014 HidroAysén dam conflict in Chilean Patagonia, one that resulted in a highly unusual victory for dam opponents. McAllister argues that it was in fact the framing of the river threatened with damming as something that exceeded life, enabled by the theological framing of Jesus as the “source of living water” on which God acted to create all living things as well as wilder local histories of cohabitation with the river, that endowed the anti-dam movement with its extraordinary political efficacy.