Lunch will be served. 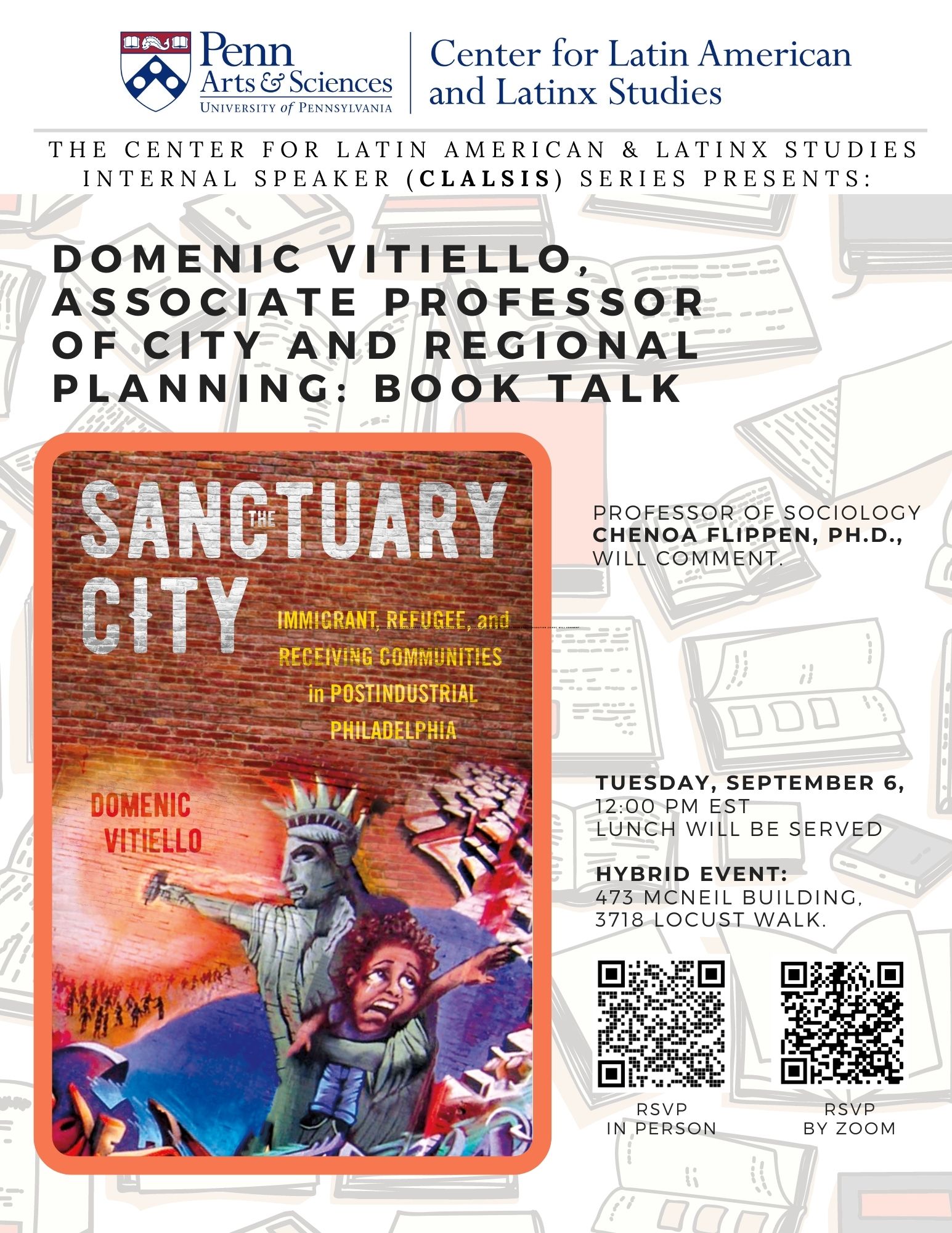 Professor Vitiello will discuss his recently published book about Central American, Southeast Asian, African, Arab, and Mexican communities in Philadelphia in the late 20th and 21st century. The book and his talk explore what sanctuary has meant for different groups of people at different times and places.

Professor of Sociology Chenoa Flippen, Ph.D., Director, Center for the Study of Ethnicity Race and Immigration (CSERI) will comment.

In The Sanctuary City, Domenic Vitiello argues that sanctuary means much more than the limited protections offered by city governments or churches sheltering immigrants from deportation. It is a wider set of protections and humanitarian support for vulnerable newcomers. Sanctuary cities are the places where immigrants and their allies create safe spaces to rebuild lives and communities, often through the work of social movements and community organizations or civil society.

Philadelphia has been an important center of sanctuary and reflects the growing diversity of American cities in recent decades. One result of this diversity is that sanctuary means different things for different immigrant, refugee, and receiving communities. Vitiello explores the migration, settlement, and local and transnational civil society of Central Americans, Southeast Asians, Liberians, Arabs, Mexicans, and their allies in the region across the late twentieth and early twenty-first centuries. Together, their experiences illuminate the diversity of immigrants and refugees in the United States and what is at stake for different people, and for all of us, in our immigration debates.