Juan Pablo Ardila, Postdoctoral Fellow, Center for Latin American and Latinx Studies:“Emotions and the Ebb and Flow of Revolution. From the First Government Juntas to the First Republic of Colombia, 1808-1830” 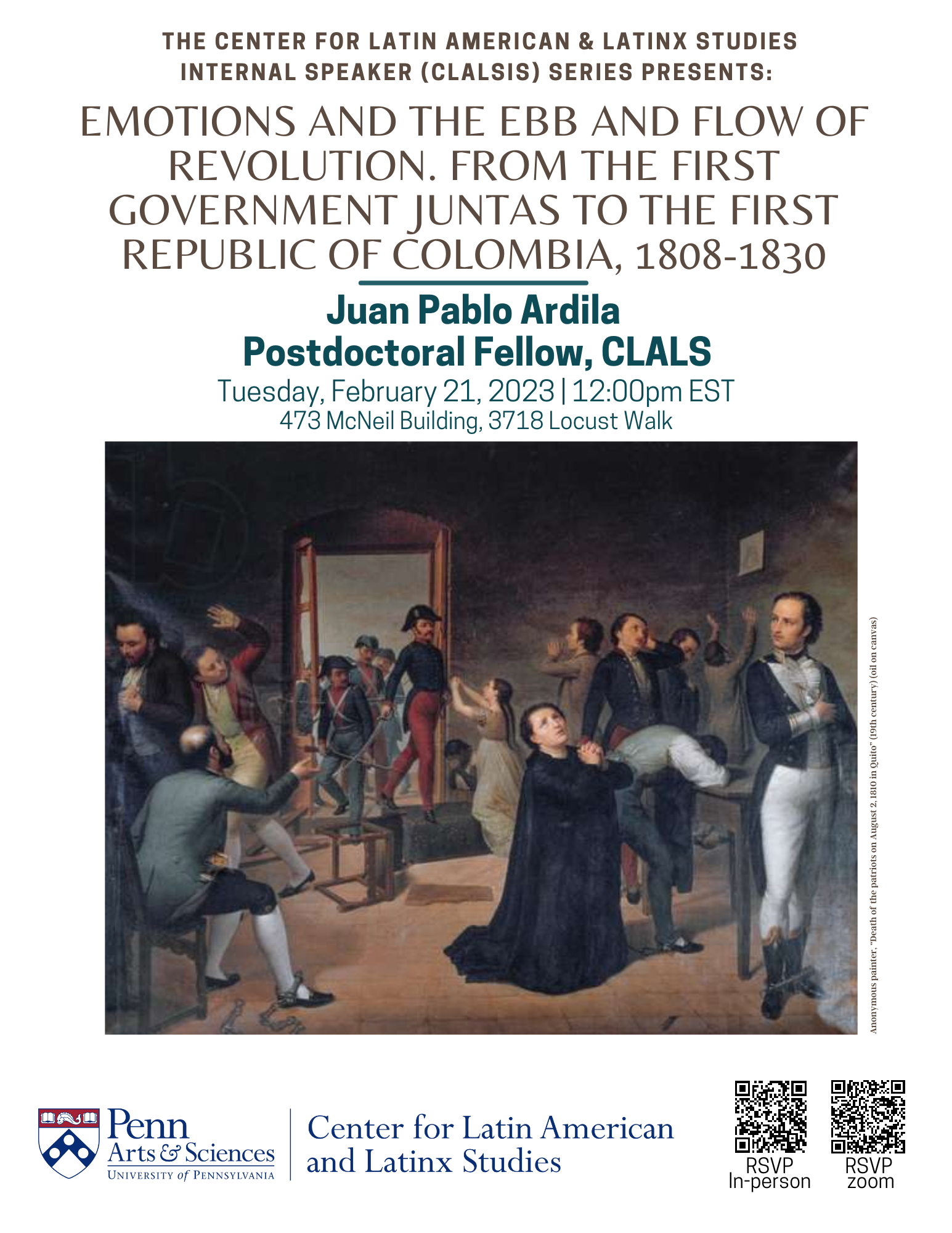 In 1808, with the onset of the Spanish monarchical crisis, rumors and conspiracies multiplied throughout the Spanish world. In both sides of the Atlantic, opposing factions accused each other of betraying Ferdinand VII and of plotting, in allegiance with Napoleon, against the Spanish Crown and the Catholic Church. Fear and confusion became prevalent in many Spanish American cities and towns. My paper studies the role of emotions shaping people’s acts and the meanings they gave to the world they lived in. I focus on northern South America during the years between 1808 and 1830. I reflect on how emotions – understood as a constitutive part of cognition – shaped people’s notions of reality as well as their conceptions of the past and the future. I argue that intense fear and confusion gave form to the republican and national projects that emerged at the time. Independence and the rise of republicanism did not bring about a critical break from the monarchical and colonial past. Widespread feelings of dread and uncertainty led many of the region’s residents to seek stability and safety at the expense of their aspirations for social and political reform.

Juan Pablo Ardila is a postdoctoral fellow at the Center for Latin American and Latinx Studies at Penn. He received his PhD in History from Penn. His dissertation, titled “The Ebb and Flow of Revolution: A History of Emotions in Early Nineteenth-Century Colombia” examines the ways in which emotions, such as fear, confusion, guilt, and hope, gave meaning to people’s sense of reality as well as their memories and imagined futures. His research explores the role of emotions shaping political debates and both facilitating and hindering reforms. The dissertation focuses on the territories of the former Viceroyalty of New Granada during the period between 1808 and 1830.