Sandy Grande, Professor of Political Science and Native American and Indigenous Studies at the University of Connecticut: "Quechua Geographies: Between Indigeneity and Academia" (LALSES) 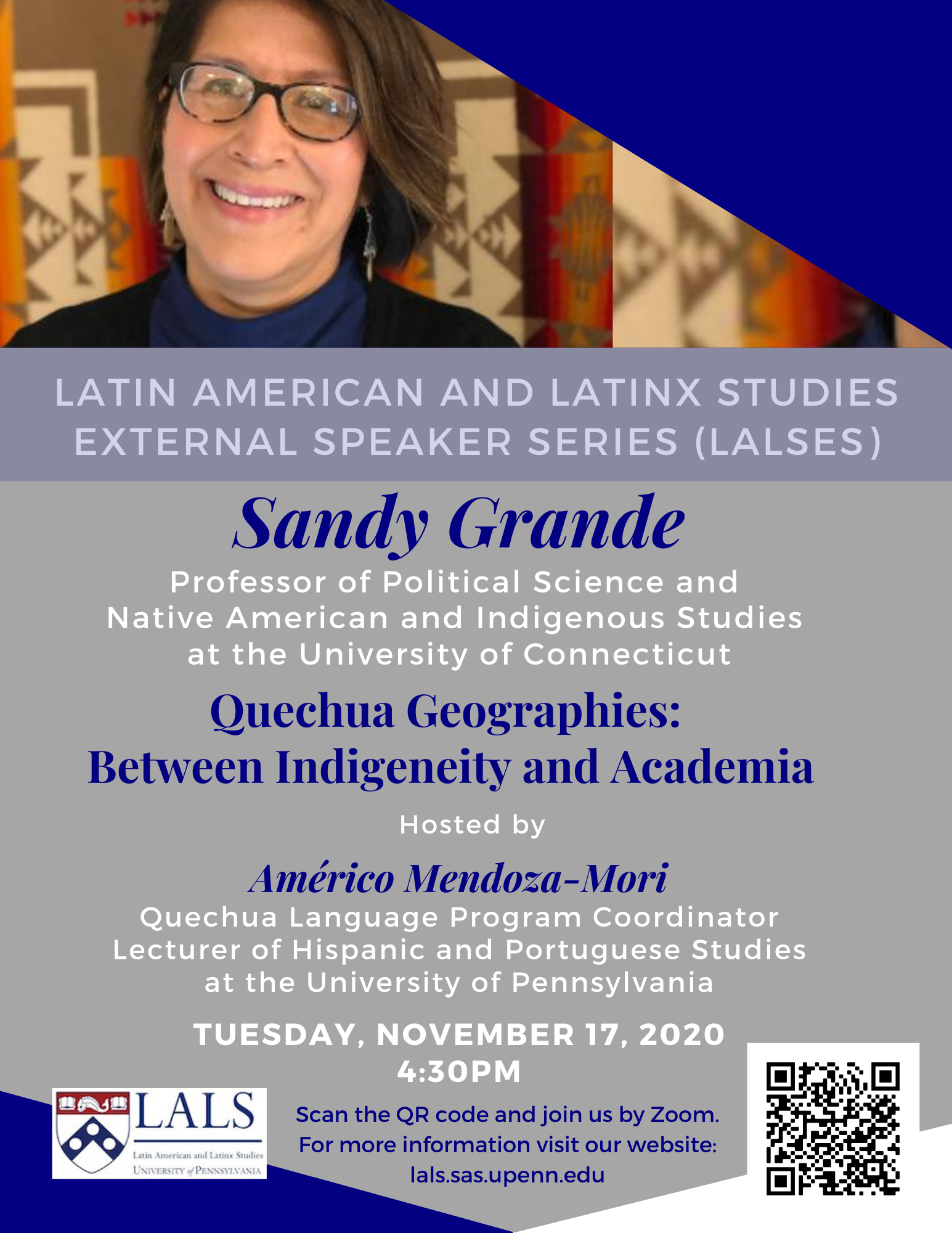 Director of Connecticut College's Center for the Comparative Study of Race and Ethnicity (CCSRE).A member of the Connecticut College faculty since 2000, Grande’s scholarship focuses on Native American/ Indigenous education and theory. A 10th anniversary edition of her first book, “Red Pedagogy: Native American Social and Political Thought,” will be published this year. She is currently working on a new book, “Pedagogy of the Dispossessed,” which examines the historical continuities between present-day forms of state violence economic insecurity and disparity and the practices of transatlantic slavery, empire and coloniality. Among many honors and awards, Grande was named a "founding scholar" to The Paulo and Nita Freire International Project for Critical Pedagogy at McGill University. Constructing teaching as the link between public education and the imperatives of democracy, Grande is committed to producing critical educators who understand that teaching is a political act. Her course offerings include "Foundations of Education," "Methods of Teaching" and "Public Policy and Social Ethics." Grande has long been associated with the CCSRE, having chaired the committee that developed the idea for the center in 2004 and having served on the center’s steering committee since 2012. Her other service to the College is wide ranging, including long service as department chair; on the Wabash National Study summer working group; as a Holleran Center for Community Action and Public Policy faculty fellow; as an Mellon Mays Undergraduate Fellowship advisor; and this year as chair of the Inclusive Excellence working group and as one of the College’s interim Deans of Equity and Inclusion.

Register in advance for this meeting here!