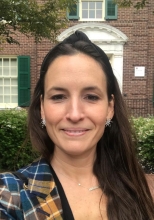 Marian Vidaurri served as a head advisor to the Secretary General of the OAS. Before serving as advisor, she was the Section Chief for the Political Analysis team at the Secretariat for Strengthening Democracy (SSD/OAS). Prior to working in multilateralism, she was Director of Political Studies at FUSADES (El Salvador), and worked as a journalist and in the academia in Central America. She earned her bachelor’s degree in Government and Economics from Cornell University (2003), and she has a Master of Science in Latin American Studies from the University of Oxford (2006), and a Master of Public Administration from the University of Pennsylvania (2016). She has been serving as a Board Member of The Center for Culture, Art, Training and Education (CCATE) since 2018, and has also been an integral member of the Penn Model OAS program, helping to spearhead this program into action. She was born and raised in Monterrey, Mexico. Marian is mother of two kids.